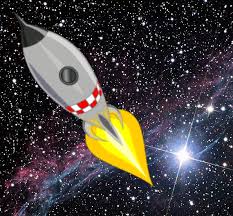 With the big splash the latest Star Wars movie has made, interest in space is again surging. Movies like this trigger kids’ imaginations as they picture themselves zooming through space in an X-wing fighter. Such interest creates a teachable moment, a time when parents and teachers can capitalize on kids’ interest to help them learn more about a subject — in this case, our own solar system.

Maybe you’ve already shown space videos for kids that introduced the planets, their order and relative size — and had them fill out solar system worksheets to reinforce their learning. What’s next? While none of the planets in our solar system were featured in the Star Wars movie (which took place “long ago and far away”), they are fascinating in their own right. For one, they vary in composition.

The four planets closest to the sun are called the rocky planets. The name speaks for itself. Earth is one of the rocky planets, as is Mercury, Venus and Mars. The rest of the planets — Jupiter, Saturn, Neptune and Uranus — are called gas giants. They are mostly huge balls of gas — which makes them very different from Earth! But it gets even more interesting. The last two planets, Neptune and Uranus, are so far away from the sun that the gas composing them has frozen, so they are often called ice giants.

A great hands-on activity to present this and also to reinforce what kids have learned earlier is to build a model of the solar system focusing on planetary composition. You’ll need the following supplies:

Start by placing the four rocks representing Mercury (the smallest stone), Venus, Earth and Mars in order from the beach ball. Have the kids the labels to indicate which is which, and explain that these planets are made of rock.

Next come the gas giants. Jupiter is the larger balloon and Saturn is the smaller balloon. Label them and explain that your are using balloons because they are filled with air, a gas. The balloon has a surface, but there is no outer surface on the gas giants. If you stepped foot on them, you’d fall all the way to the center of the planet with nothing solid to hold you up!

Then place the ice giants, Neptune and Uranus, the farthest from the beach ball and label them. Explain that these planets are ice balls because it’s so very cold that far from the sun. Reinforce the learning about planetary composition with planet worksheets that include everything they’ve learned about each planet so far: its name, its location, and its composition.

And finally, have them fill out solar system worksheets that pull it all together for them.

3 Fun Ways to Learn About the Butterfly Life Cycle
With their varying shapes, sizes, colors, and patterns, butterflies have…